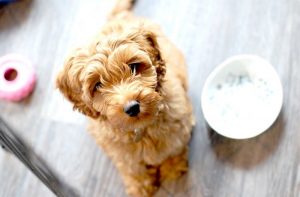 Giving your dog a nice juicy bone as a treat seems like the right thing to do, yet most dog owners refrain from doing so. Why is this the case? When asked why they don’t give their dog a bone, the average dog owner will regale you with stories of choking, cracked teeth, and intestinal issues, although the tales they tell are usually based on hearsay as opposed to an event they experienced first-hand. Many dog owners have become a little gun shy in feeding bones to their dogs, which may explain why gum disease among dogs is now more prevalent than ever before.

Before we get to talking about safely feeding bones to your dog, let’s first take a moment to explain the benefits of doing so. As we already mentioned, gum disease is at an all-time high right now, and part of that is because we feed our dogs dry food and do little to keep their teeth and gums healthy. When dogs work over a juicy bone, the chewing, biting, and shearing action that is involved in getting at the bone helps remove tartar that can lead to unhealthy teeth and gums. Internal issues, particularly those having to do with the digestive track, also appear to be less in dogs who regularly chew bones.

The question now then is why so many vets recommend that you do not feed bones to your dog. The reality here is that most people who do give bones to their dog tend to give them the cooked variety. This is where problems can arise, as all the goodness that you find in an uncooked bone is essentially leached out during the cooking process. Dogs, especially those who are dry fed, have a harder time breaking those types of bones down in the stomach, as the use of dry food means that they have less stomach acid than dogs that are primarily fed a raw meat diet. 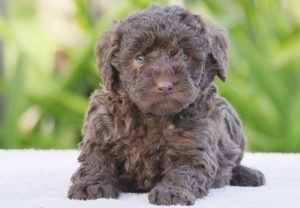 The upshot of all this is that bones can indeed be good for your dog, assuming that you take the time to give them the right type of bones. Cooked bones are always a bad idea, so never feed those to your pup. Similarly, large leg bones are also not a good idea for smaller dogs such as Cavoodles and Moodles, as they are fortified with iron and zinc, which tend to make them tougher and more difficult to chew. A big bone like that is a better idea for bigger dogs such as Groodles and Labradoodles, but they can still damage their teeth, as their natural instinct is to bite down on those bones.

Oxtails appear to be the perfect choice, as they are smaller, less tough, and are usually surrounded by meat. A raw, meaty bone can be given to your dog once a week without doing him any harm, but you should still be paying attention to his stool, just to be sure that all is well. If you notice that they have small yellowy-white stools, ease back on the bones, as this is a sign of too much calcium. Other than that, let your dog enjoy the benefits of a good bone. 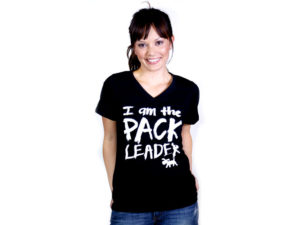 Dogs are pack animals and the pack has a strict hierarchy, with the “alpha” at the head of the pack. Establishing yourself as the pack leader in your home is the best way to ensure that your dog takes you seriously, follows commands, and behaves in a predictable manner. You don’t become pack leader by being a bully, but instead establish control through resource control, confidence, giving direction and following through with everything.  A specially prepared dialogue which everyone in the household knows to use when communicating with the dog is also essential, so he knows exactly what’s expected of him no matter who is giving the command. A dog that gets everything he wants when he wants will soon come to think of himself as the pack leader. This applies to both larger breeds like Labradoodles to smaller breeds like Moodles. Make your dog earn everything including petting, feeding, or even talking. If he is demanding attention have appropriate obedience commands in place to use before he gets what he is asking for.

The head of the household eats first in any pack and in the home environment this means all the humans eat first. He should be made to wait politely before eating and should not do so until he is invited. It should also be made very clear that humans are the food givers. Feed him once or twice a day only and remove all food after 10 – 15 minutes. Treats should only be handed out once the dog has earned it by obeying a command, or even performing a simple trick.

When entering or leaving a building, leaders always go first. Dogs should be made to sit and wait, and then be given permission to leave or enter. This also includes outside environments when walking through a gate. If your dog is still learning, block the entrance with your body so they cannot rush past you. An alpha dog would never step over another animal blocking their way. They will always make the other animal clear the path. You should treat your dog the same way. If they are taking up the hallway, or doorway, they should be made to move before you go any further. The same goes for sitting down. If the dog is sitting in your favourite chair gently remove him in a non-confrontational way and then sit down – then give him position to sit where you say he can sit.

Never give a command without following through. If you give the command to sit, ensure the dog always does what you ask of him. If he fails to do so don’t beg, plead, whine, yell, or punish but help the dog achieve the desired action. When he finally does obey be sure to shower him with praise.  Obedience training is also highly recommended as you will receive expert guidance on the best ways to handle your dog.

If you think this system is being too controlling or unfair to the animal, consider how many dogs are given up each year due to behavioural problems. Dogs thrive on structure and firm guidance and it is the owner’s responsibility to provide it – with it always being to the detriment of the dog if they don’t. It’s an exciting time for everyone when a new puppy arrives for the first time (be it a Puggle or a Labradoodle) but it can also be a little chaotic and more than a little stressful for the new family member. Use these hints and tips so puppy’s first night at home goes as smoothly as possible.

Before your puppy arrives

Before the big day write down a list of everything you need so you know you have everything on hand and aren’t caught by surprise. At the very least you are going to need a leash that fits, a crate or bed for your puppy to sleep in, food and drink bowls, appropriate puppy food, and have a designated toilet area already worked out in preparation for his house training.

Make it a quiet night in The puppy’s first night should be a quiet one. Give him a decent amount of free reign to explore and meet his new family. While he is exploring it is important that you don’t let him out of your sight as young pups have a bad habit of getting themselves into trouble. He’ll probably want to relieve himself soon so it’s a good idea to get him started on this aspect of his training right away.

Put on puppy’s collar if you haven’t done so already and you can then try him on his leash. Make sure the collar fits and is not too tight. You should be able to fit two fingers between the collar and puppy’s neck. Take him to the designated toilet area and wait for 10 – 15 minutes. If he relieves himself, lots of praise is in order, but if he doesn’t take him back inside and try again in another 10 minutes.

Get his bed ready The first week at home can be difficult with a new pup as they get used to their new life but there are things you can do to make the transition an easier one. Get puppy a bed or small crate to sleep in and place it in a draft free area. You can make this area near your bed if you want to be close at hand to take puppy outside to the toilet area when he cries or whines. After he has relieved himself put him straight back into his crate without treats or play time, as he will probably (hopefully) go straight back to sleep.

When you arrive to pick up your new puppy bring a new stuffed toy with you so you can get the scent of his littermates onto the toy. Puppy will then be able to snuggle into bed with a familiar scent – making the change of scenery a little less distressing. It’s important to leave puppy in his crate and not take him into bed with you. You may be making things easier for the short term to allow him onto your bed as you are both probably exhausted and need some sleep, but ultimately you are only creating a bad habit which can be hard to break later on.

Set the rules from day 1

You can start your puppy on the way to good manners at feeding time as soon as you get him home. Set the food down about two feet away from puppy and hold him back by using a thumb in his collar. Once he stops fighting you and fidgeting it’s time to let him go with your chosen word of command letting him know it is now O.K. to eat. Make sure you do this at every meal time from now on until good eating habits are firmly ingrained.

The first few weeks of a puppy’s life in their new home can be very disruptive to your schedule but it is important to be patient and consistent with your new little family member. This will give your puppy the best start in life, with good habits forming right from his very first night.